A Tramp Abroad on Anglesey 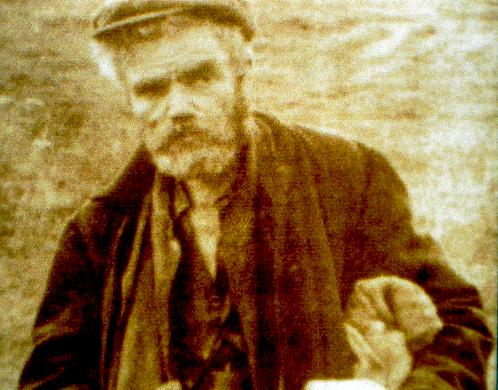 Where does his name, Washi Bach come from? Quite clearly for us Welsh people, this is an affectionate term or one of pity.

We say, Fy Ngwas i” or here on Anglesey, Fy Ngwash i.

Affectionately, a caring person would say it about someone loved or poorly. It means, “My boy.” Bach means ‘Little’.


I remember a dark figure walking past our house in Ucheldre Llangefni and up to the gate of Felin Graig farm that backed onto ‘Y Graig’.

I can’t have been more than three or four years of age and my memory of him is more emotional than detailed. Even as a child I was intrigued by him, though I have to admit he did scare me quite a bit. He was much taller than me.

Looking back over all those years, I think ... just think ... that it was the deep silence that he carried with him that concerned me.

He moved up between the houses, past Mr and Mrs McCloud and Uncle Huw and Aunty Hannah’s through the gate and up the track to the farm.

Looking at the image seems to put Washi Bach between forty and fifty years of age, though he could be much younger. The life he lived would have aged him considerably.

To me he appeared outside of age. He was a large dark, brooding, bearded and silent figure lost in thought, pre-occupation.

I imagine that an assessment of his condition these days would have pointed to dissociation and personality disorder. There was no violence attached to him and neither my parents nor friends have any reports of such.

My father and mother told me later that Washi Bach would knock at the door and receive a warm welcome from Mr and Mrs Williams who owned the farm.

He would hand over his ‘bacco and matches and then settle down in the barn next to the farmhouse.

Mr and Mrs Williams were extremely kind people. Their son Owen was at school with my father and a very decent chap by all accounts.

Mrs Williams was blind and Mrs King’s aunty – for those of you who just might remember. All three are now buried in Llanallgo Church, Moelfre.

I’m not sure that Washi Bach received as warm a welcome everywhere, but Felin Graig was a guarantee of warm greetings and hot meals. Such places were oases in a desert of distrust. 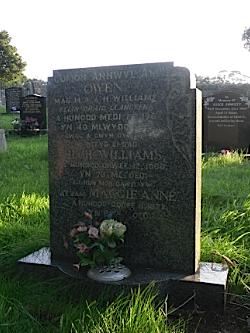 There was no romance attached to the life of a tramp. Life was frequently brutal and inevitably brief because of poor nutrition, illness and violence.

If you’ve read the book, Down and Out in Paris and London by George Orwell then you’ll already know that after the First World War there was in the region of 120,000 tramps wandering the countryside of Britain.

Orwell explains, and it makes sense, that many, if not most, were individuals who had been severely damaged by the Great War.

Whether it was mental health issues from severe shell shock from the appalling trench warfare, poverty or a broken home, these were incredibly vulnerable individuals.

Some suffered serious mental health conditions and were dangerous while others were lost, nameless souls who were victimised wherever they wandered.

Kindnesses were rare. They must have either lived in some alternate world or been in constant fear of attack by bullies and cowards.

It was mostly older people who remembered the appalling poverty of the turn of the century who would show kindness, while the rest would be fearful and avoid all contact.

I am informed that Washi Bach was found under bushes riddled with Tuberculosis and died soon after in hospital.

I do not know his name or where he came from or where he was buried. I find this desperately sad.

At least we have cemeteries to wander about and acknowledge the existence of those gone before us. We can read the names on the gravestones and maybe learn something of their lives and families.

18th Century gravestones seem intent on leaving us an essay of the life and qualities of the departed, as if they or their families were even then aware that true oblivion lies in being forgotten by the living.

HOW YOU CAN HELP

I’m sure I could carry out a Google Search and found out some information; however, I have resisted this and ask for your living memories instead.

I wish for this page to be a remembrance of his existence on the world and ask for your memories.

Do You Remember Washi Bach?

As I write above, my remembrance of Washi Bach is that of a four or five year old child.

I would love to hear your stories. I feel a need to broaden the knowledge of this vulnerable individual so that he is remembered as a three-dimensional person.

I wish to give significance to his existence. Maybe someone will do the same for us one day.

There were other tramps but they are beyond my childhood memory. I'm sure that there are many Anglesey people across the world who'd love to be reminded of their presence among us.