It was a busy place, like an opening scene in some Abilene sale. Cae Sêl was the mass gathering of all the farm animals of the world! The sheep and lambs were cute, the little pigs, too. Give them a pat and a rub, but not the big black, horned beefs and bulls. Just stand back and watch the hard men of the Anglesey farming world do their stuff.

Colours were 'branded' on; stickers with numbers glued to hides, and the one that made us all flinch - clipping ears - Ouch! The mochyn (pig) squealed, the sheep jumped up, the beefs had their heads jammed in a V-shaped lever job in a narrow pen, and then clipped.

Lorries with ramps backed up, and crowds of animals would be directed into them.

Auctioneers yelling like a running drain, numbers that wrought twitches, ear rubs, nose touches, paper waving.. I hear the rhythm and it ended with a 'Hup abubba hup - Done!.

Yes, as boys we were outdoor types and nothing less.

To cross a field on Talwrn Road, Llangefni, one had to negotiate a bull. If he was down the other end, and you got half way and he started to run, then your chance of reaching the other side was good.

However, if he stood amidships - forget it, you have to go all the way round. I got half way one day, then ran like mad, leaping the fence well, landing on my.. leaves. I turned around and his head was staring at me over the wires. Pays to keep fit. 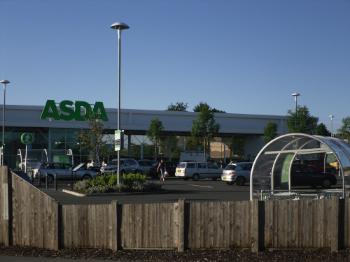 You last visited in 1997 and the old stockyard was there. Probably redundant, but nonetheless there.

When the site was redeveloped Llangefni Town Council had the common sense to call the new road Ffordd Cae Sêl.

That means when children from the primary school walk around town with their note books and crayons, they can ask their teacher, "Why's it called Ffordd Cae Sêl?"

At least we can tell them.

We can also tell the children that things change and unless they stand up and be counted then there will be nothing left to remind the future of the past.

Someone in the County Council wanted to knock down the Town Hall. My father was disgusted and angry. "How many men from Llangefni," he asked, "stood here before marching off to war and never coming back?"

Up to people like you and me and our stories, Gordon.